On February 4th Reckless Intent return to the Murieston Scout Hall for their first show of the year.

The card already looks great and this is sure to be a great show. 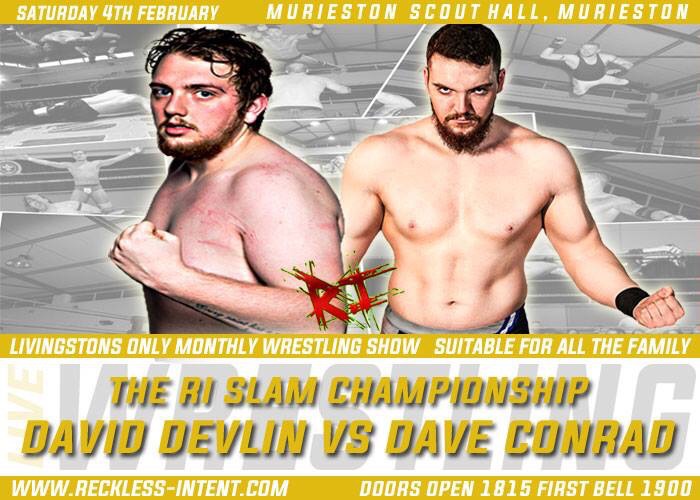 This match has had a good story build up, with the fact that Conrad hasn’t won a title in his 3 year career yet and that Devlin was blaming him for Team Dayre’s loss in December. Conrad made a video promo about this in which he turned face (I think) and cut a pretty interesting promo. Devlin has impressed me since returning to Reckless Intent in August and recently won the Slam title in Shotts. Devlin defeated Doros in his first title defence and will now look to keep Conrad on 0 career titles. 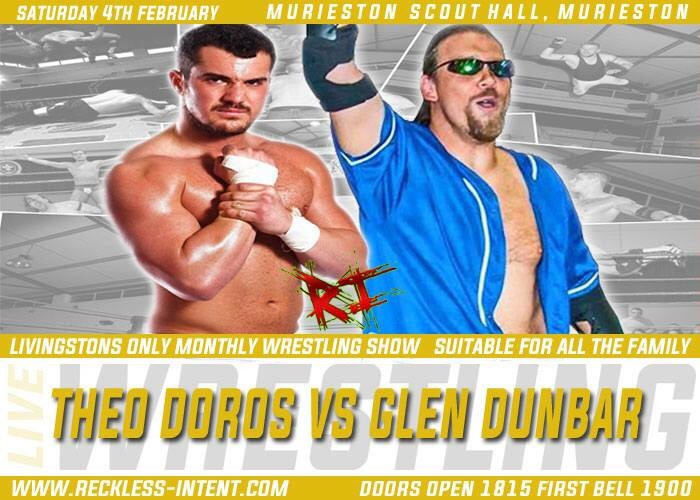 Glen Dunbar and Theo Doros are two fantastic competitors in Reckless Intent and will certainly put on a fantastic match. Theo has really come out of his shell in 2016 and Glen Dunbar can have a good match with anyone. Dunbar has the upper hand in terms of experience, but Doros physical ability pulls him level. Doros recently had his year long run with the Slam Championship ended by an ally of Dunbar, David Devlin. Glen Dunbar, however, has recently won the Scottish Junior Heavyweight Title in SWA from Ryan Griffin. This match could potentially steal the show. 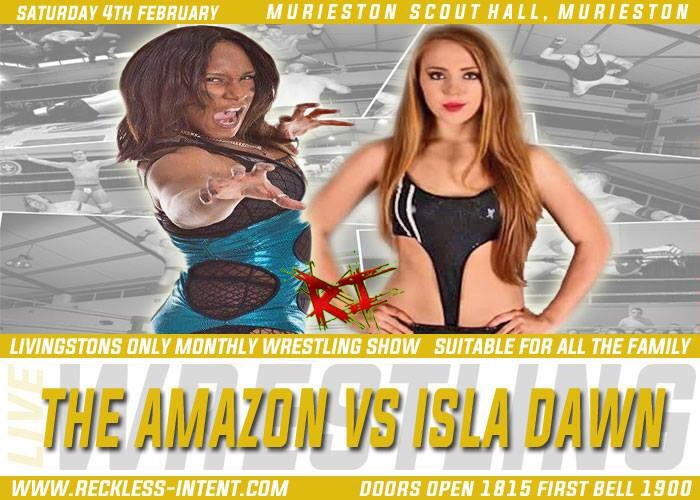 The Amazon vs Isla Dawn

Women’s Wrestling returns to RI for the first time since the end of April. Isla Dawn (formerly Courtney) makes her return to the company making her 4th appearance. She has previously defeated Nikki Storm (now Nikki Cross in NXT stable Sanity) and Kirsty Love, who also defeated her once. The Amazon made her debut in the Reckless Rumble in November, then defeated Glen Dunbar in Shotts. It will be interesting to see who is face and who is heel. I really hope Reckless Intent can expand the women’s division and make a women’s title one day. 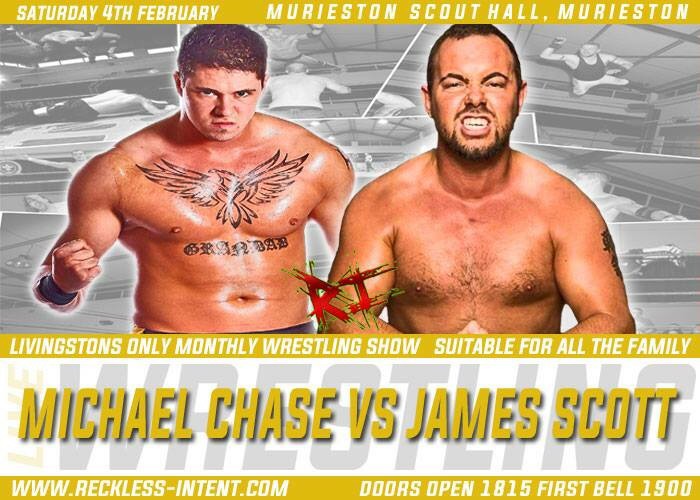 If this match is anything less than superb I will be bitterly disappointed. Two of the best this country has to offer go toe to toe in a rematch from Cruel Summer in which will hopefully be just as good. ‘The King in the North’ was defeated by DCT in December but won his previous three matches in Livingston before that. Chase defeated Delsin Dayre in December but lost his world title to Paul Tracey in the Reckless Rumble in November. These men will surely put on a match of the night, potentially match of the year contender.

**Michael Chase suffered an injury after writing and will no longer be in this match. James Scott will face a mystery opponent.

This will light up my night! All my favourites in one match. Backstory; Lou King Sharp was my favourite at my first show, LJT was then my favourite till he left and The Headbanders are my current favourites. Rob and Jackie are two products of the Reckless Intent Wrestling Training School and have become fan favourites since teaming up. LJT is a former hardcore champion and won the Battle of West Lothian in 2015. Lou King Sharp had a feud with Saint George in his first stint and is the most famous of the four, soon to debut for YouTube sensation promotion WhatCultureProWrestling and has featured in ICW and will also feature for 5 Star. I think The Headbanders will put up a strong showing as usual and I’m not sure about LJT and LKS as they’ve not wrestled as a team before. This will be very entertaining.

This match is 4 months in the making but finally a singles match between Delsin Dayre and Jam O’Malley. This feud all started when Sean Mercer lost a loser leaves match vs Chris Renfrew and Delsin blamed it on Jam. Delsin then sneaked back into the ring after being eliminated from the Rumble to eliminate Jam. In December Team Jam defeated Team Delsin. Because Jam won he got to pick a one on one stipulation. He picked a street fight. However, someone complained to the board of directors that the general manager should be getting physical with his wrestlers. Jam then had a decision. He could either step down as the general manager and get the match, or keep his role as general manager and not have the match. He decided to step down as general manager and will get his match with Delsin. This will be interesting to see what weapons will be used.

Also, a new general manager will be announced.

This will be one hell of a show and certainly one not to miss. This is always one of the best shows of the year and shouldn’t disappoint this time round.