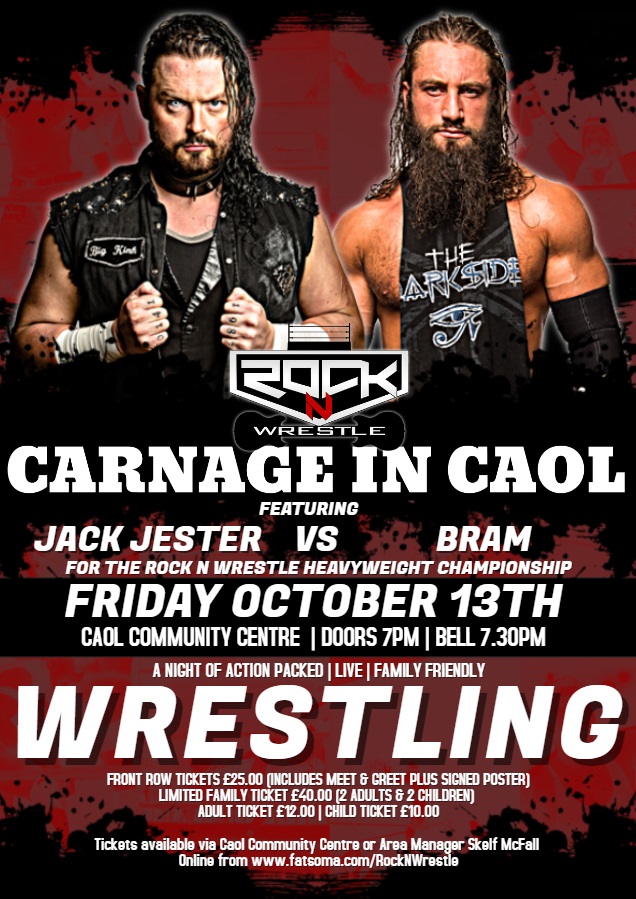 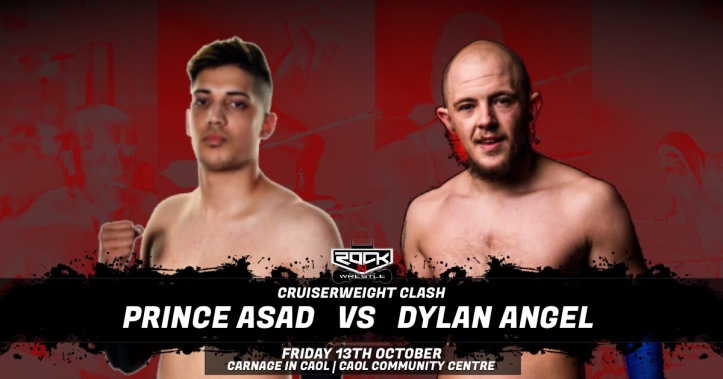 A cruiserweight clash is due to take place when Prince Asad and Dylan Angel lock up, two young and hungry competitors who will be looking to impress and move their way into some sort of title contention. Asad has been hanging about with his Pure Gangster boys Saqib Ali and Donnie T at recent events, if they turn up Angel might be in for a long night. Prince Asad replaced Lou King Sharp as Angel’s scheduled opponent, so he will have to adapt to the late change which could throw him off further.

Highland Heavyweight Champion Jack Jester defends his title against a former NXT Tag Team Champion, TNA King of the Mountain Champion and Impact Wrestling Grand Champion in Bram. Bram is a controversial figure in British wrestling and he makes his debut in Rock N Wrestle in line to claim more gold. The added chaos of a Falls Count Anywhere match means just that, they could be outside the Community Centre and a pinfall could take place. Previous outings from Jester have proven that he isn’t afraid to do a bit of sightseeing while doing battle. If Jester wins he won’t have much time to enjoy it as he would go on to defend the title against Sabu on December 9th. Plus, there’s always the lingering threat of Davey Blaze and his Money In The Bank title opportunity. It’s Friday the 13th, will it be unlucky for The Hardcore Icon?

Kid Fite and Krieger will also be at the venue. At The Great Highland Bash they, along with Lou King Sharp, attacked and mauled RNW COO Steve Robertson to begin their hostile takeover of Rock N Wrestle. Will The Fite Network continue their mission to control Rock N Wrestle?

With only two matches announced you get the usual pot luck at Rock N Wrestle with surprises a certainty.

Tickets are still available on www.fatsoma.com/RockNWrestle.