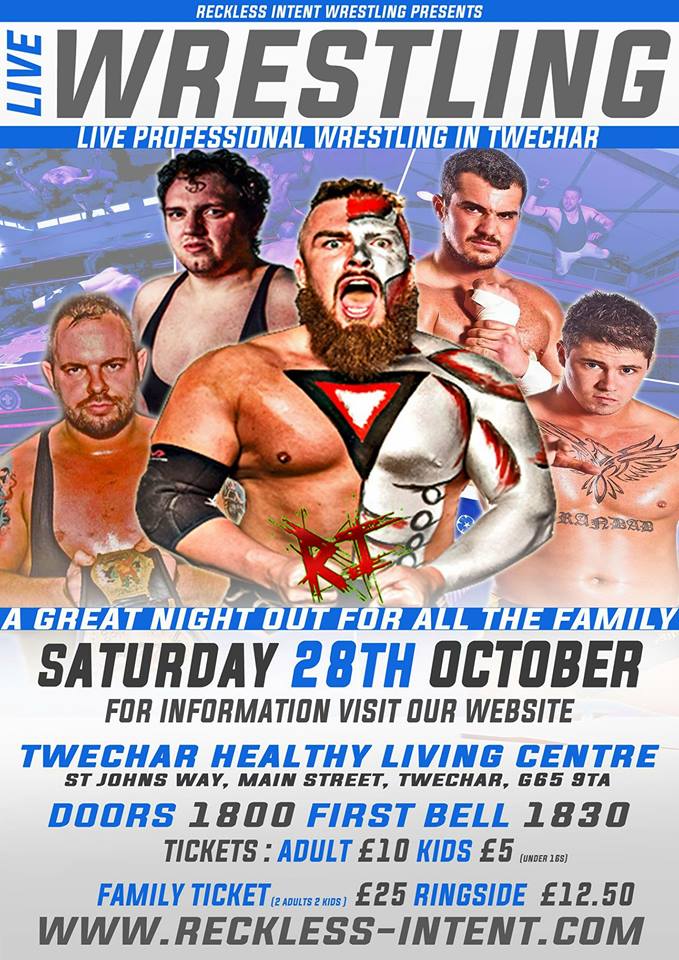 Before I go on with a quick preview of Reckless Intents upcoming show in Twechar this weekend I would just like to give a few lines on the benefit show Reckless put on for Scott Renwick at the weekend.

I had the privilege of being one of the 200 people packed in to the sold out Murieston Scout Hall at the weekend to witness wrestlers past and present put on a show to raise money for Scott who is currently on kidney dialysis awaiting transplant. I would just like to congratulate James O’Malley, Mikey McLuckie and everyone involved on the organisation of such a fantastic night. It’s a great testament to the friendship that Scotty has given everyone in the wrestling world that so many gave up their time to raise money for him. There were 10 matches in all over the evening plus a raffle and a tombola. At the end of the evening Scotty took the mic and revealed his wait for a transplant was over and that his donor Graeme Leask was in the crowd. A very long round of applause followed with a few shedding a tear. Good luck to both of them this week. A great evening and if anyone who was not there would still like to make a donation the link is below.

Now on to what is coming up on Reckless Intents next event in Twechar this Saturday. 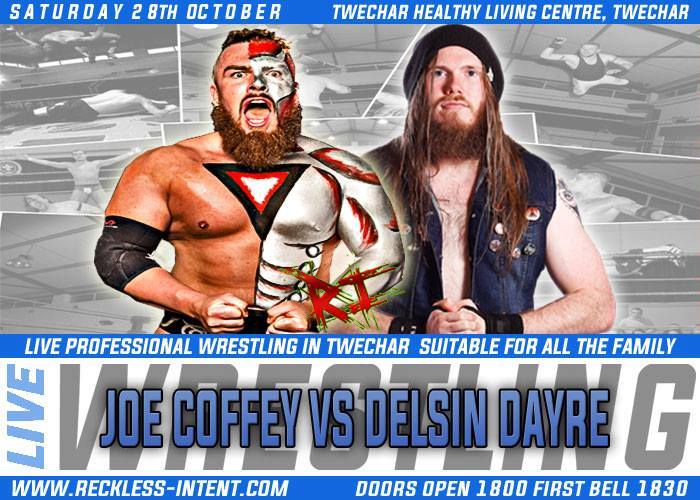 These two have competed against each other before in Reckless in a singles match and as part of a triple threat match. Delsin has been making waves recently with some impressive performances and has also captured the UK Title back at the Clackmannan show in September, how will he cope against one of Scotlands best. Should be a hard hitting contest. 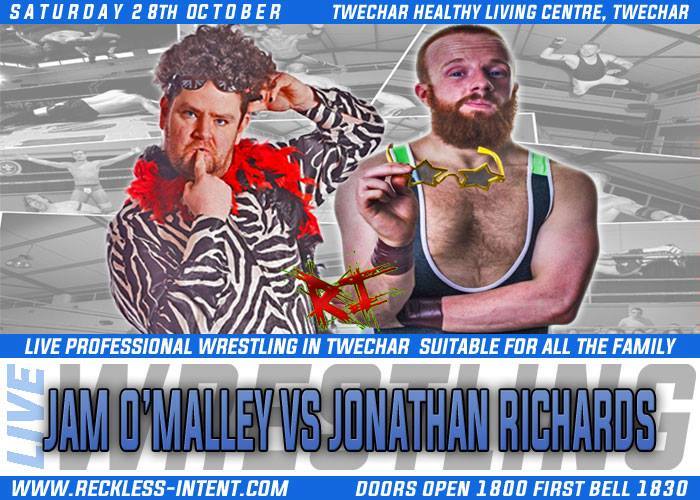 A debut for Reckless Intent and for me it’s always nice to see some new wrestlers who I haven’t seen before and I must confess to knowing nothing about Jonathan Richards. Jam has had some tough battles against the likes of Chris Renfrew and Delsin Dayre in Reckless, will this one be added to that list? 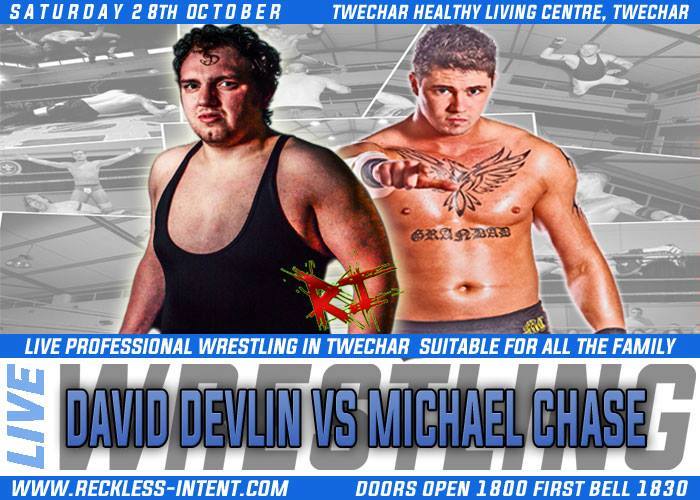 Devlin now known as ‘The Demolition Man’ is aligned with Paul Tracey and he will be wanting to beat Chase for both his own prospects and that of “The Paul Tracey Guys”. One can’t help but feel that Luke Aldridge may have something to do with this match. Chase has fought with anyone associated with Paul Tracey ever since losing the Reckless Intent title to him back in November 2016 so he will want to settle the score with Devlin once and for all. 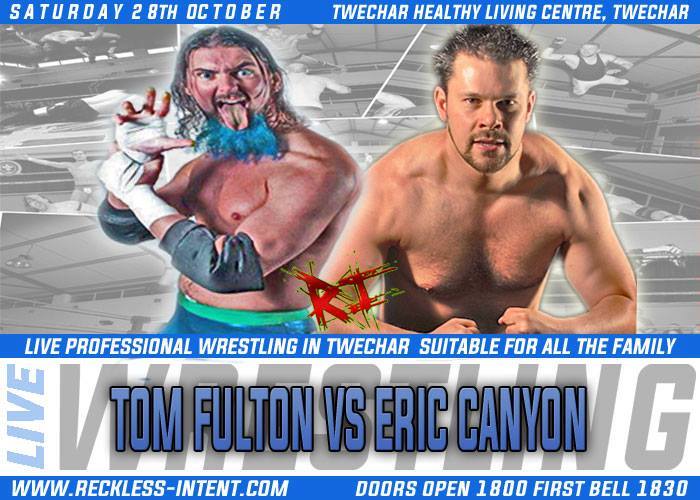 Tom returned as part of the Scott Renwick benefit show and it’s good to see him back for another match as many will know he is based out of the UK these days. Going up against Eric Canyon, who is coming off some excellent contests with Falcon. Fulton is bound to find favour with the Twechar crowd but who will be top man on the night ? 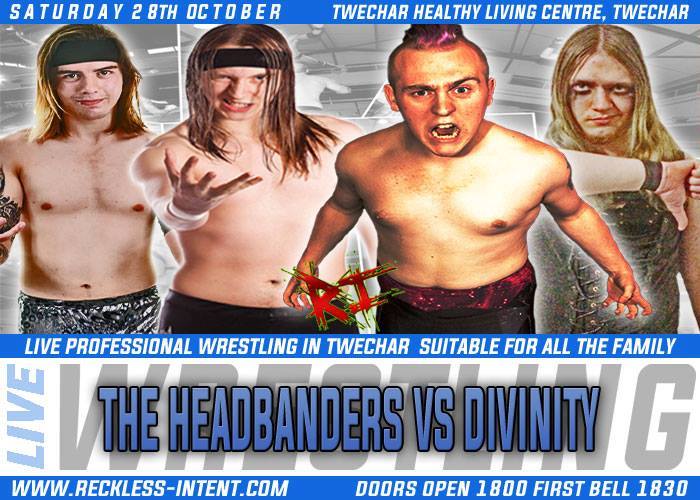 Brandon Adams and Justin Deed launched a vicious attack on Jackie Grady at the last Twechar show so The Headbanders will be out for some revenge here. I would go as far as to call this a grudge match. Divinity are another team with wins under their belt recently and have recently teamed up with Delsin Dayre. Will The Headbanders get their revenge or will Divinity continue their role? 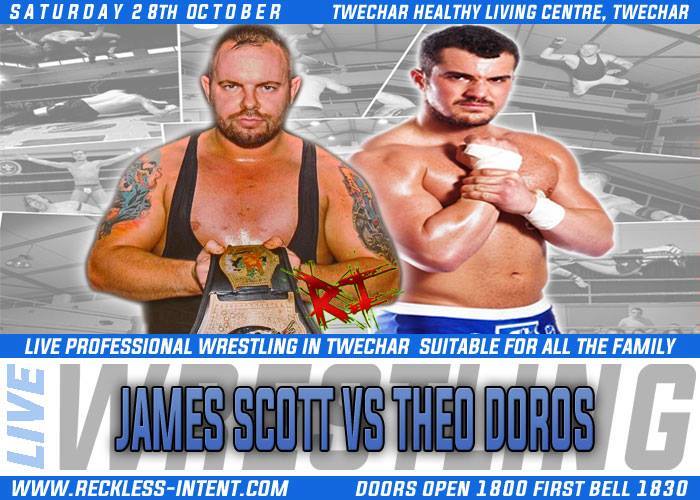 The champion makes an appearance in Twechar as he takes on Theo Doros. Doros has recently been found teaming up with Michael Chase but the Twechar event has afforded them both the opportunity to stake their claim in singles action. I wonder if James Scott will be tempted to put the title on the line here.

This is the last Reckless Intent show in Twechar for 2017 see if you are in the area and want to see a night of wrestling all the information including the link for tickets can be found in the Facebook page below.