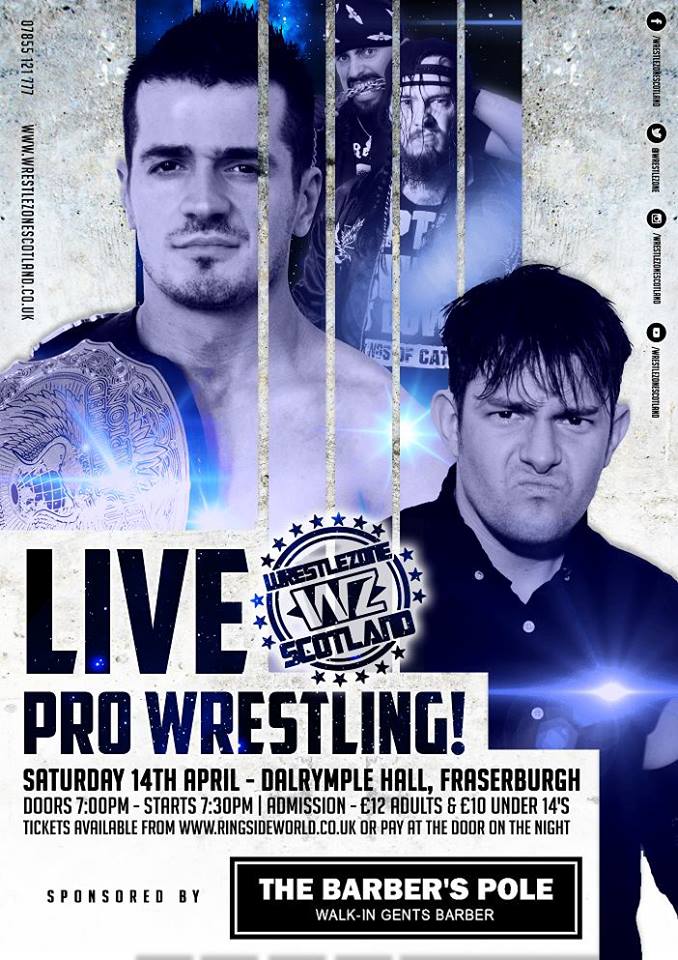 With the wrestling world still on a high from an incredible WrestleMania week, the stars of WrestleZone return to Fraserburgh’s Dalrymple Hall this Saturday night. Following a huge Regal Rumble last month, we now head towards Battle of the Nations on June 9th. Ahead of the annual summer extravaganza, everyone on the roster will be out to make a statement. 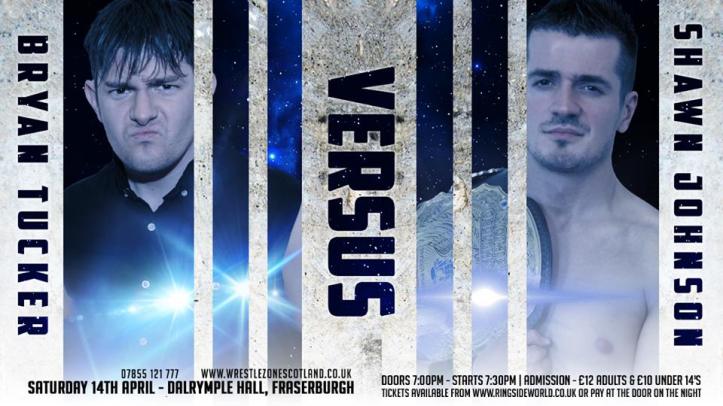 The main event for this show will see Shawn Johnson putting his Undisputed Championship on the line against former tag partner Bryan Tucker. Ever since breaking up at the 2015 Christmas Chaos, Shawn and Bryan have faced off several times, with a current record of 2-2. Following on from the breakup, it’s fair to say Shawn Johnson has had more success, with two reigns as Undisputed Champion and the 2017 Regal Rumble trophy under his belt, as well as stepping in for William Sterling as a Tag Team Champion. Meanwhile, Bryan Tucker has been trying to gain some championship gold of his own. In the past 12 months, he’s failed to gain the Undisputed Championship, the Tri-Counties Championship and the Tag Team Championships. Will he have any luck in Fraserburgh?

The first two entrants in this year’s Regal Rumble Match are set to square off in Fraserburgh as “Vintage” Nathan North faces Damien. The last time these two went one on one was in Huntly last year, where North unsuccessfully challenged The Revolutionary for the Undisputed Championship. Damien hasn’t been having the best of luck these last few shows, losing to former stablemate Alan Sterling in Peterhead, which meant he would have to enter The Regal Rumble Match at number 1. Having outlasted 23 other men, he finally got his hands on the man who cost him the title back in January in the form of Richard R. Russell but a distraction from Shawn Johnson allowed Russell to dump out Damien, leaving the audience shocked. Damien will be looking to get back on track ahead of his match with Russell at June’s Battle of the Nations, but a victory for The Vintage One will surely do wonders for him.

Scotty Swift’s current rivalry with Sterling Oil will continue this Saturday as he faces Alan Sterling. This fued all started at last year’s Aberdeen Anarchy, where Crusher Craib returned from injury to cost Swift his Undisputed Championship against Shawn Johnson, rejoining Sterling Oil in the process. The Red Haired Warrior was then put on the shelf at Battle of the Nations after a vicious onslaught from The Creator of Carnage, before making his return at the end of the year. Crusher picked up a DQ victory over Scotty at Summerhill Showdown after goading him in to using a steel chair. At last month’s Regal Rumble event, Alan and his brother William were a deciding factor in Craib’s No DQ victory over Swift. Not only that, but they were able to toss Swift out of The Regal Rumble Match in a matter of minutes. This rivalry is certainly far from over as we head towards WrestleZone’s next big show in two months time!

Following both men losing their respective titles at The Regal Rumble, The Rejected’s Chris Archer will be in singles action this weekend as he goes up against Aspen Faith. Having lost the Tri-Counties Championship earlier in the night, The King of Catch attacked The Rejected after they lost the Tag Team Championships to Proper Mental. As it looked like Lewis Girvan was there to save Archer and Mikkey Vago, he instead revealed a Kings of Catch shirt and aligned with Aspen. The pair dropped Archer with an Apter Burner, which has resulted in WrestleZone management scheduling this match for Fraserburgh. With Aspen looking to get some more success in the tag team division having held the gold previously alongside James Midas, this match could help with determining the next challengers to the tag straps.

Crusher Craib is set to continue his recent path of destruction this Saturday as he takes on Blue Thunder. The Regal Rumble saw The Creator of Carnage pick up a pinfall victory over rival Scotty Swift in a brutal No DQ Match, albeit with some help from The Sterling Brothers. Later in the night, he entered The Regal Rumble Match at number 23, making it to the final 5 before falling at the feet of former stablemate Damien. Blue Thunder on the other hand found himself in a special pre-show match against WrestleZone Training Academy graduate Dino Del Monte. After some interference from Ted O’Keefe, Thunder headed back to the locker room with another one in the loss column. Looking to get some momentum, Thunder entered The Regal Rumble at number 3, before he was the first one tossed out. The Masked Wonder will look to get back on track ahead of Battle of the Nations in two months, but he’s got a mammoth task in front of him this weekend. 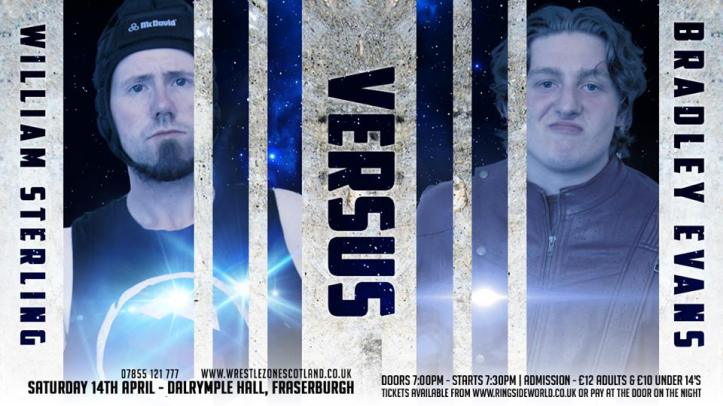 The last member of Sterling Oil will also be in singles action this Saturday when he faces fan favourite Bradley Evans. William has been with WrestleZone since day one and along the way has been able to capture the Tag Team Championships a record 6 times, as well as being the only man to have competed in every single Regal Rumble Match. His opponent this weekend is a man who made his official main roster debut just last year, it’s young Bradley Evans. Evans has faced off with Sterling before, as he and former ally Zach Dynamite unsuccessfully challenged William and his brother Alan for their Tag Team Championships this past October. With a score to be settled with Dynamite, Evans will hope to score an upset this Saturday night against the experienced grappler and make a huge statement.