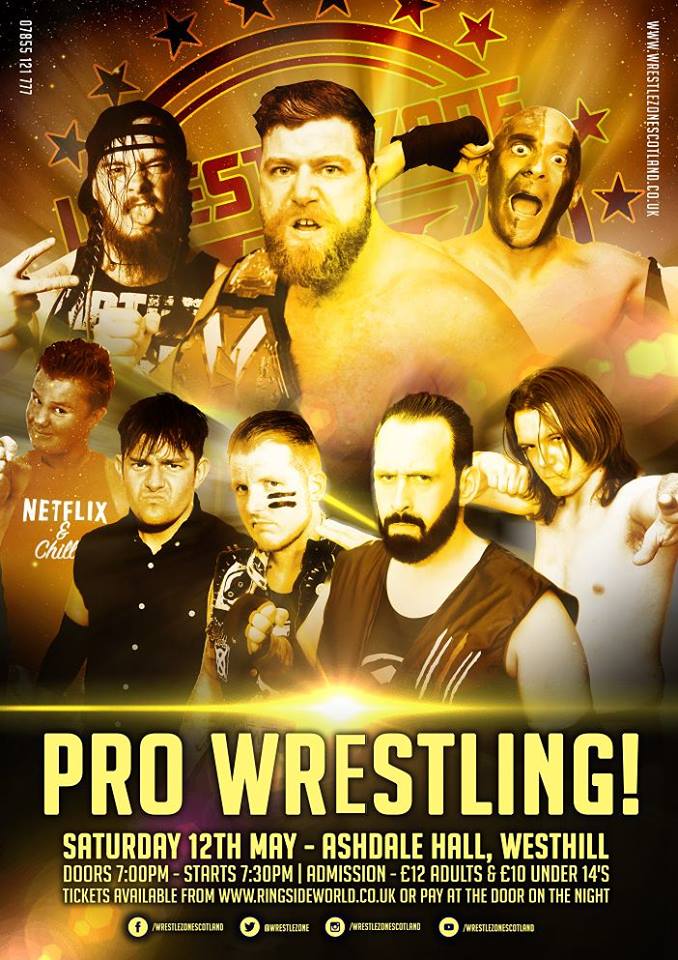 With Battle of the Nations now just a few short weeks away, WrestleZone return to the Ashdale Hall in Westhill this Saturday for another fantastic night of wrestling action. The Westhill shows are always a great night on the WrestleZone calendar and judging by the card, this year will be no different! 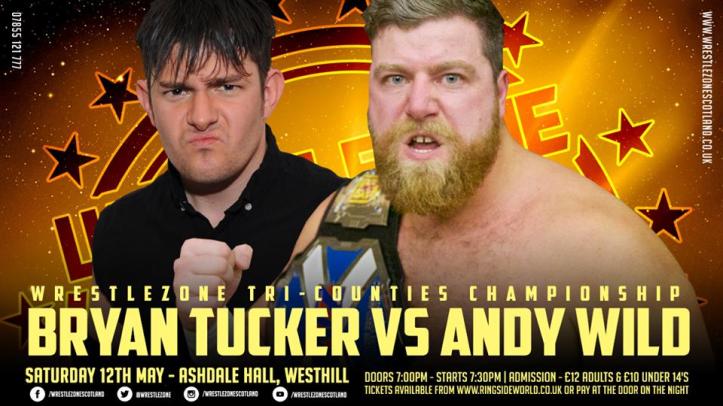 The next challenger to Andy Wild’s Tri-Counties Championship comes in the form of one of last year’s tournament finalists, Bryan Tucker. Throughout 2016 and 2017, Andy got his career back on track which resulted in a number of opportunities coming his way. He shocked many after taking the Tri-Counties Championship from around Aspen Faith’s waist at The Regal Rumble. A time limit draw with Mr P in Stonehaven now takes him to Westhill against Bryan Tucker. The last time these two faced off one on one was actually in the quarterfinals of the inaugural championship tournament last year. It’s all up for grabs for Tucker in Westhill; if he defeats Andy, he’ll become WrestleZone’s first Triple Crown Champion.

Proper Mental return to the north east to make the first Tag Team Championship defence against former champs The Rejected. The tag division in WrestleZone is at an all-time high with the additions of Proper Mental and The Kings of Catch joining The Rejected and The Sterling Brothers. Archer and Vago’s third reign on top did indeed come to an end at the hands of Lou King Sharp and Krieger, followed by an attack from Aspen Faith and Lewis Girvan. With both teams in this match as well as The KoC all scheduled to be in action at Battle of the Nations next month, fans could be in for a treat!

Following the controversial ending to their match in Fraserburgh, Scotty Swift has the chance to get some redemption against Alan Sterling, who returns to action for the first time since that night. Swift and Sterling are no stranger to each other with a long storied history with each other in WrestleZone, with several matches having taken place between them. Since returning from injury, The Red Haired Warrior hasn’t been on the best run of his career, something he’ll hope to change ahead of June 9th. 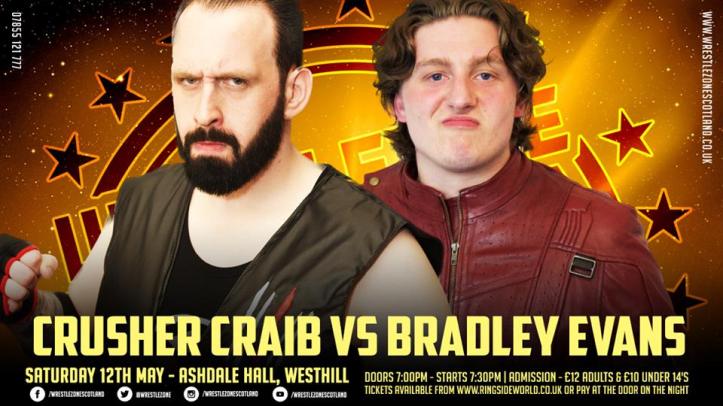 Bradley Evans gets another opportunity to slay the monster that is Crusher Craib. The first time these two faced off was Crusher’s second match back from injury last September, and it’s safe to say he manhandled Evans. The training academy graduate has come far since then however, racking up pinfall victories over PBW’s Prince Asad and Crusher’s Sterling Oil comrade William Sterling. Just don’t be expecting Crusher to be added to that list anytime soon.

Three of the top Tri-Counties contenders will face off with former champs Zach Dynamite and Aspen Faith set to collide with Mr P. Zach and Aspen had a bitter rivalry over the belt recently, with the latter now moving in to the tag division. Mr P was recently unsuccessful in his challenge against Andy Wild in Stonehaven, so he’ll be looking to impress management to earn another crack at the gold. Match of the night potential all over it.

A first time ever contest is in store for Westhill fans as Johnny Lions and William Sterling face off. Despite being two of the more experienced names on the WrestleZone roster, these two have never faced off one on one although they have been involved in a few multi-name matches, most recently in Stonehaven where Lions and Scotty Swift defeated Sterling and Jason Reed. It’ll be interesting to see how this one plays out.

Tickets can be bought from http://www.ringsideworld.co.uk, priced at £12 for adults, £10 for under 14s and an online-exclusive family of 4 ticket for £35. Fans can also pay at the door on the night. Doors open at 7pm with the first bout kicking off at 7:30.