Recently there was a competition, a rather famous (or infamous depending on what you read) musical event happened, yep, Eurovision. I know what your thinking, ol’ Doctor Bedlams finally flipped, he’s lost it, this is nothing to do with wrestling let alone ICW. Maybe I have but hear me out, it seems the current trend in the UK to send has beens or never will be’s out there to perform against what are usually bonafide stars of the other respective countries but I think we have someone capable of winning the whole damn thing.

“The Prestigious One” Joe Hendry! 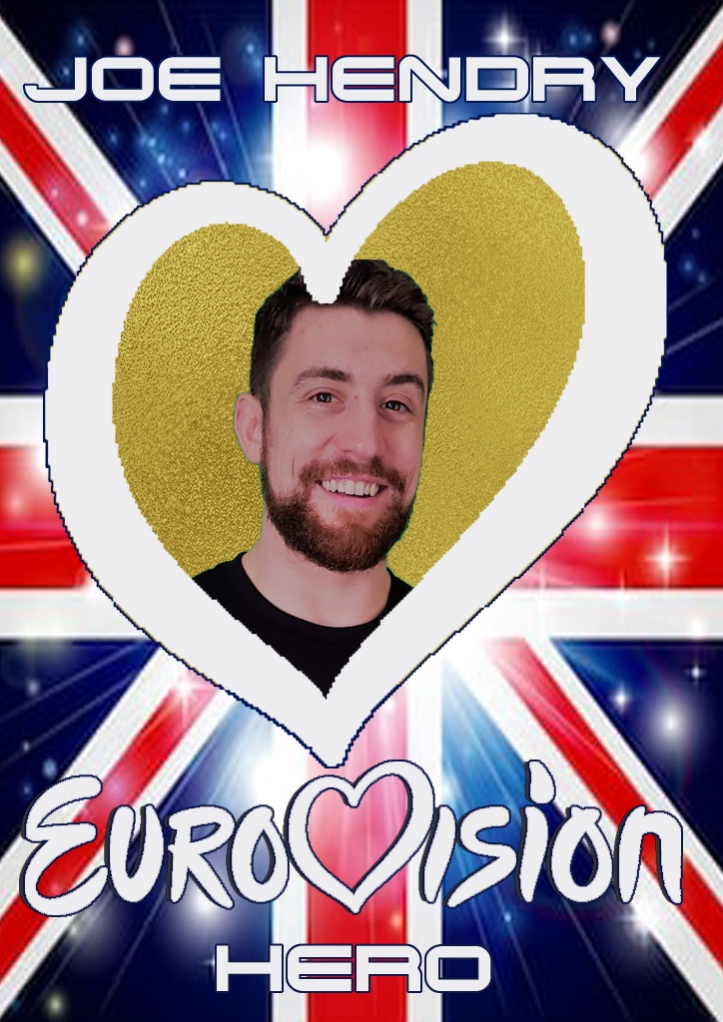 Now granted I got the idea after hearing someone actually ask Joe Hendry if he would and him saying he’d consider it but the more I thought on it the more it made sense, the more I saw the potential Joe had to win the whole thing.

Think on it, Joe Hendry is a legit singer/songwriter with his own band, the man has charisma by the bucket load, has the look,s people go crazy and have a Pavlovian effect with crowds.

First the actual singing and song, Joe knows how to write catchy songs (his Lost In Audio stuff is very good, plus his parody songs are the stuff of legend), he can adjust to sing most styles and his voice draws you in, now I know people think Eurovision is all political, and it is for some, but a damn good song and singer will win regardless plus some of the best Eurovision songs are ones that don’t take themselves too serious and Joe could have a ton of fun at Eurovision.

As for charisma, even in his first ICW appearances, him simply grabbing the mic and doing his “mmmJoe Hendry” bit had the whole damn crowd shout back “Joe Hendry/Local Hero/Global Hero/whatever the hell he wants”, he waves his arms, the crowd instinctively do it, regardless of if he’s a heel or face. Also can cut a promo, the UK representative this year looked, and acted, like he was the tea boy for the BBC team “oh I’m just happy to be here” crap, no Joe Hendry would own every interview with his promo skill and natural charisma as opposed to the rabbit in the headlights look of recent entries. He would steal the show, any interview segments he’d nail, he’d get people wanting to vote for him on that alone, imagine when you get those cringe-worthy green room segments, Joe would end up taking the mic off the hapless interviewer and do his own thing.

His look, the guy is admittedly damn handsome and is not shy about showing off his body (and what a body he has), hey lots of countries go for sex appeal why not us? No offence to the guy this year but he looks like he could play Grado in “Grado the early years”, now Grado is an amazing guy but… yeah… exactly. And think on it, the guy makes a living wearing trunk pics of him would be downloaded all over Europe. Of course his clean cut clean living look will appeal to the older viewers too.

Come on, lets get this article out there, shared, shown to Joe Hendry, let’s get this ball rolling, there must be some way we can do this, the man has a gift, as I said hes like Pavlov with the dogs, now it’s time for him to go onto the European stage and make all the crowd and the people on TV his lil’ bitches.

I know Eurovision songs have to be original songs but if anyone even questions it, watch Joe’s performance at The Hydro when he did a Bohemian Rhapsody parody and look at the crowd, he owned the stage and the crowd and he knew it, he can do this. If he wins he can get a Eurovision belt, be like to him as the Million Dollar Belt was to DiBiase.

Together we can make this work, I just know it, lets get this liked, retweeted, shared, everything, there must be something we can do to get Joe Hendry on Eurovision, there has to be, this CAN work.