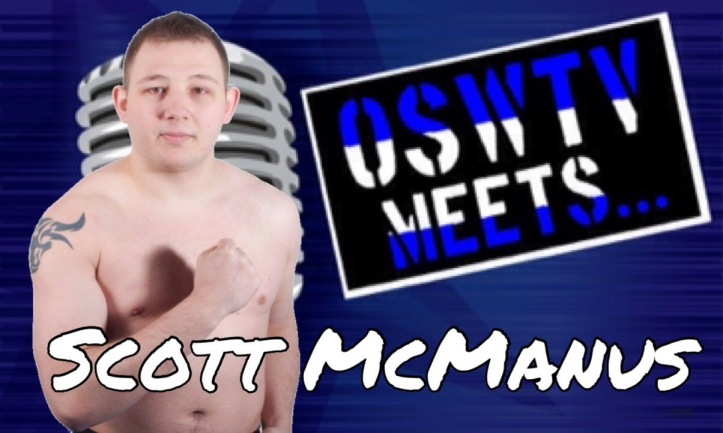 When did you start watching wrestling and was there a moment that got you hooked?

I stared watching WCW when I was 7 or 8 and will always remember watching Goldberg ripping though everyone put in front of him thinking I’d love to do that some day. Then I found out about the  WWF and seeing all the shenanigans going on there I was hooked.

It was a friend that found out about the Source Wrestling School and I could not wait to try it! So February in 2013 I went in and never looked back.

Who are your biggest influences in professional wrestling?

I love the old World of Sport still wrestling, three of my favourites to watch are Johnny Saint, Kung Fu and Fit Finlay. I also love watching Japanese companies. But the the biggest influences so my wrestling is my martial arts background in Hap-Jitsu.

Do you have any favourite matches or opponents that you have worked with?

I’ve got a couple of favourites but they have all included similar names. Matt Daly is one of my favourite opponents in singles or tag matches, he always seems to bring the best out of me as do the rest of the people on this list. The other two are Alex Cavangh and Glen Dunbar, The Forgotten. Again, I love wrestling those two because they bring the best out of me plus I believe them to be two of the most underrated wrestlers in the UK. But my favourite match I’ve had would have to be against Glen Dunbar in a singles match.

And finally, who would be your dream opponent, past or present?

I would love to wrestle anyone and everyone if I was given the chance. But I think I would need to say Fit Finlay as I love everything the has ever done in the ring.