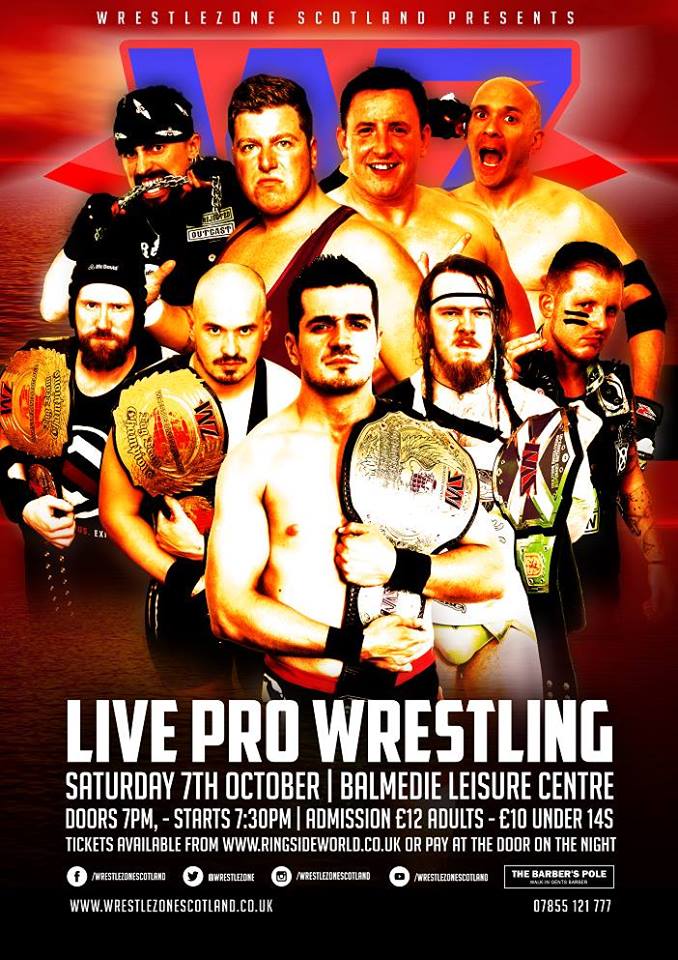 The last stop on the road to Halloween Hijinx is this Saturday as WrestleZone return to the Balmedie Leisure Centre for another action-packed night. A fantastic night of action has been signed, with everyone wondering just who will team with Damien in the main event.

The main event for the show will see Damien and a partner of his choosing take on the Sterling Oil combination of the reigning Undisputed Champion Shawn Johnson and Crusher Craib. After his betrayal of Sterling Oil back at Battle of the Nations, Damien has gone on to defeat former allies William Sterling and then his brother Alan in singles action. Now he has the chance to defeat the last two members at the same time. The only problem for The Revolutionary is that he needs to find a partner. While associated with Sterling Oil, Damien made a lot of enemies so who knows who he’ll find to team with him. I think he may have to restart a certain Revolution for this one. 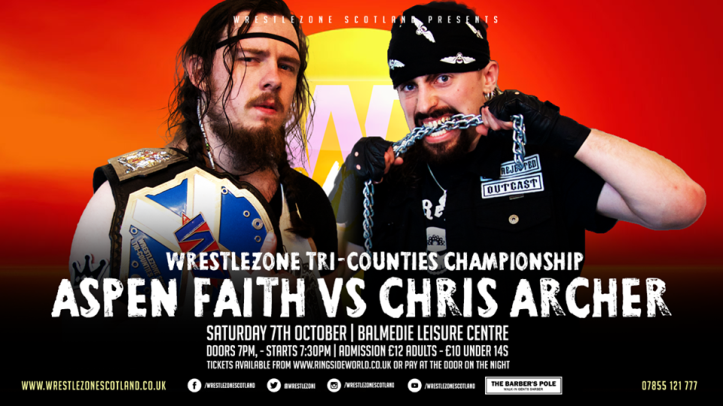 While the Undisputed Championship won’t be up for grabs in Balmedie, the other two WrestleZone titles will be. First up, Aspen Faith will defend his Tri-Counties Championship against Chris Archer. The Outcast has been no stranger to championship gold as of late, having lost the Tag Team Championships at Battle of the Nations and then having two opportunities to become the Undisputed Champion in Keith and Brechin. Now, he goes after the Tri-Counties Championship as he tries to dethrone The King of Catch. Since winning the gold at Aberdeen Anarchy, Aspen has used the 10 minute time limit to his advantage to hang on to the gold. If Archer is able to pick up the gold. you’d have to imagine that would cause some dissension with his Rejected partner Mikkey Vago when he returns from injury.

The Tag Team Championships will also be on the line this Saturday as The Sterling Brothers make their first title defence against Zach Dynamite and Bradley Evans. After regaining the titles from The Rejected in a brutal Anything Goes Match at Battle of the Nations, we’ve yet to see Alan and William team up as they’ve both lost to former ally Damien in singles action. Their first defence comes against two graduates of the WrestleZone Training Academy in the form of Zach Dynamite and one of the more recent graduates Bradley Evans. After coming up short in challenges for the Undisputed and Tri-Counties Championships, Dynamite turns his attention to the Tag Team Championships as he hopes to win his first championship in WrestleZone. 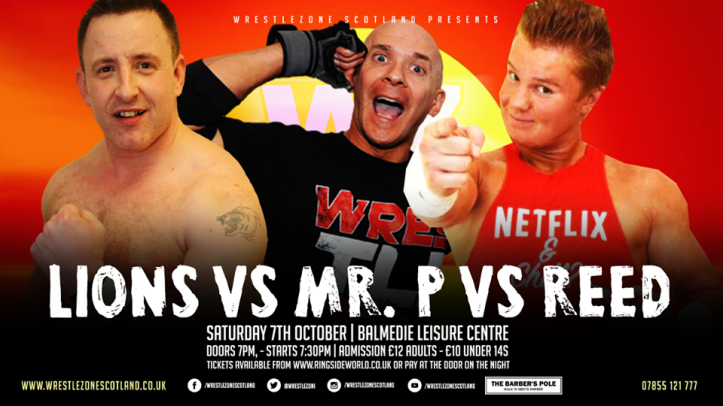 The next contest signed for this Saturday is a Triple Threat Match between Johnny Lions, Mr P and Jason Reed. Johnny and Mr P have history with each other, with their brutal rivalry in late 2013/early 2014 and were also part of a Tri-Counties Championship #1 Contenders Triple Threat Match alongside Zach Dynamite in Keith, ultimately won by P. Now, they find themselves in another Triple Threat Match, this time against a man we haven’t seen since May, Jason Reed. Jason has certainly had a change in attitude since the last time we saw him, disgusted that the fans would rather cheer for a Scotty Swift or a Johnny Lions. With his new attitude in tow. The Cheekiest Wrestler in the World could find himself chasing the Tri-Counties Championship down the line.

Two rematches have also been signed for Saturday’s show. The first is a rematch from August’s show in Laurencekirk, where “Vintage” Nathan North faces Blue Thunder. After Nathan came out victorious the last time around, Blue Thunder will be hoping for a different outcome this time around. After hiring Jeeves Winchester as his new manager, The Vintage One has started a bit of a rivalry with Mr P after costing him the 2017 Battle of the Nations Match and also his shot at the Tri-Counties Championship in Brechin last month. North will have to keep his eye out incase Mr P tries to repay the favour this Saturday.

Bryan Tucker vs The Super Executioner

The other rematch comes from last month’s show in Keith, as Bryan Tucker and The Super Executioner collide once again. Tucker came out on top last time these two went one on one, rolling Executioner up for the victory while he was distracted after the referee caught him cheating. Tucker is one of the most decorated wrestlers in WrestleZone history, having been a former one-time Undisputed Champion, four-time Tag Team Champion and winner of the 2011 Regal Rumble. Executioner on the other hand, he’s won a total of two matches in his career over Lord Mr Malice and Scotty Swift. If Executioner can defeat Tucker this weekend, should he earn a shot at the Tri-Counties Championship despite his lack of other victories?

Tickets for the show, priced at £12 for adults and £10 for under 14s, are still available from www.ringsideworld.co.uk with fans also able to pay at the door on the night. Doors open at 7pm, with the action kicking off at 7:30.