WZ Aberdeen Anarchy: The Top 10 Moments From The Beach Ballroom #8

We are 9 weeks away from Aberdeen Anarchy 2018, taking place on September 1st at The Beach Ballroom in Aberdeen it’s the biggest night on the wrestling calendar in the North East. To celebrate we’ll be posting several articles on the lead up to the event with flashback reviews, lists and previews hyping up Aberdeen Anarchy.

We continue the countdown of the Top 10 moments in Aberdeen Anarchy history that took place at The Beach Ballroom with number 8, the final match of British wrestling legend, Len Ironside.

Len Ironside is a former European Lightweight Champion, a former Scottish Welterweight Champion and a former Commonwealth Lightweight Champion. A firm supporter of WrestleZone, Len took exception of Aspen Faith’s cheating antics, confronting him and that lead to a World of Sport match at Aberdeen Anarchy 2014. On that night he would come out of retirement to be joined by Marty Jones in his corner in a losing effort to ‘The Eclectic’ thanks to two feet on the ropes during the deciding fall.

The feud would simmer but kicked off again in early 2015 with Aspen Faith attacking Len before he could enter The Regal Rumble, taking his Commonwealth Lightweight Championship as a prize. Aberdeen Anarchy 2015 would see Len have his final wrestling match inside The Beach Ballroom in a winning effort, teaming with Bob ‘Hardcore’ Holly while Faith had ‘Tenacious’ Johnny Lions with him.

A final farewell to a standing ovation as Len officially retired as an active wrestler.

Top 10 Moments From The Beach Ballroom

Tickets are available from the Aberdeen Box Office in the following three ways;

• IN-PERSON at the Box Office outlets at His Majesty’s Theatre in Rosemount Viaduct or the Lemon Tree in West North Street.

• TELEPHONE the Ticket Hotline on 01224 641122
Act fast to secure your seat for our biggest supershow of the year. 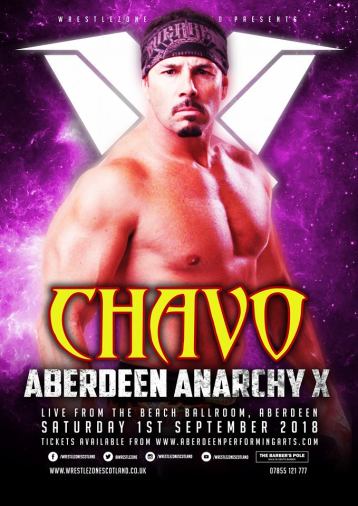 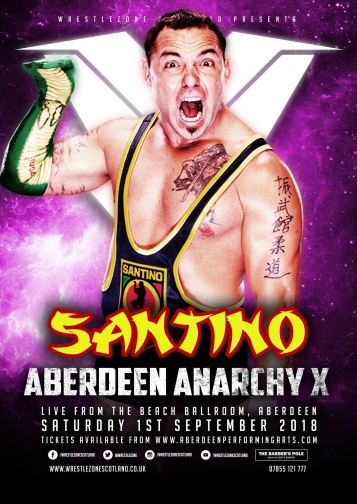