Following the support for the SWN 128 Wrestler Mega Tournament of Doom TM, we can now reveal the fourth round matches.

The wrestlers involved are more than free to keep their promo skills sharp by getting involved and adding managers, valets, and/or back up. Let’s keep having some fun while we’re all quarantined eh? 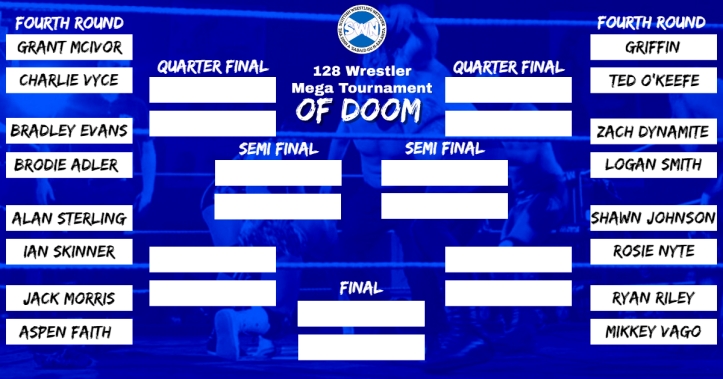 We’ll take a break for a day while updates to the brackets can be made then we will hopefully return on April 10th to begin the quarter finals.