ARMCHAIR BOOKER: When Worlds Collide I 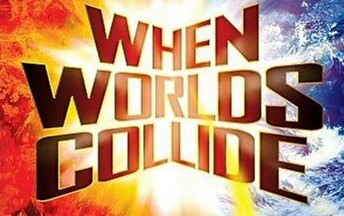 Lately there has been an influx of talent crossing between Scottish Wrestling Entertainment and Reckless Intent with the likes of Martyn Stallyon and, soon, Ian Ambrose going to Reckless Intent and Mikey and Rawlins going the other way. So for a bit of fun I’ve done a match card with several RI and SWE wrestlers facing off in interpromotional contests. Who would win? Well that’s for you to debate.

Both of these guys are jack of all trades between high flying, technical ability and brawling. It would be a great all round contest. Ian Ambrose calls himself God, Mikey is the top fan favourite in Reckless Intent and would be wanting to not only knock the hashtag Scumbag down a peg or two but to take the top title from the rival company for good measure.

A match that has taken place between the two Englishmen previously and it saw Saint George victorious. But could he do it again? I’ve thrown in Global Hero Joe Hendry to officiate the bout as he has spent a lot of time in both companies and to add a bit of tension, in the words of Bobby Heenan, “WHO’S SIDE IS HE ON?”, he would also be aware of Saint George’s reputation to take short cuts and won’t let him get away with retaining his title by count out or disqualification.

An invitational contest so a chaotic environment would be a given. The current Reckless Intent Hardcore Champion, Sam Crowe, will have his Sons of Silence buddies stalking the area making sure that he keeps a hold of his title. The title belt is 24/7 so don’t expect to just see these four guys in this match, the belt is open to any man, woman or child. Euan G Mackie is proficient in hardcore environments, The Jackal will be cold and calculating and Venym is as tough as they come.

Two teams that would have to learn to co-exist in order to represent their company. The inexperience of Fortune and Westy could be the difference makers in this one. Would be interesting to see the two powerhouses MDK and Bobby Roberts collide in this.

The 4 time, 4 time, 4 time SWE Heavyweight Champion offers an open challenge to anyone on the Reckless Intent or SWE roster willing to take him on. With a natural ability to rile anyone up with his words, I’m sure it wouldn’t take much effort for Phoenix to wind up someone in the back to come out and defend themselves. Maybe a certain “Superstar” will take time away from shining his Wooden Spoon to answer the challenge.

I’d have this as the respective authority figures of both companies will choose a representative for this match. McKinlay would have the Reckless Intent Original Rawlins. Whereas Bravehart would have LJT, one of the most gifted wrestlers on the SWE roster. The winner would have bragging rights.

Both of these ladies are SWE wrestlers but Debbie is very much a self-centred and overconfident girl. I would have her renounce her SWE roots due to the treatment she has received from fans and would go on an Carmel-esc tirade. Making the fans hate her more and more. She would start praising Reckless Intent as a company that would treat her with respect. Sammii Jayne would take exception to Debbie’s actions and challenge her on behalf of SWE. Both of these girls have faced each other numerous times and would know each other inside out. They always put on a good match and with the added background of them fighting for their respective companies it would add something extra to this one.