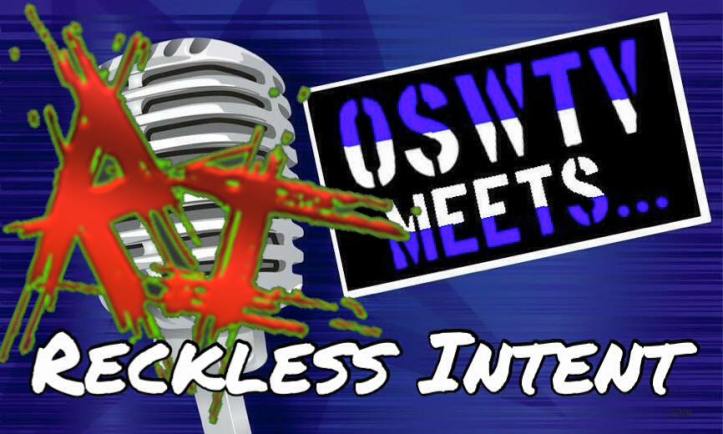 What made you decide to start Reckless Intent?

The guys and myself got involved at a time that we felt there was no other choice. We had a disagreement with the company where we used to work and train – and he had made it clear to all of us that we were ‘blacklisted’ from Scottish wrestling and would never wrestle again.

There was a lack of opportunity to progress in West Lothian. Although it was risky, we felt the only way to move forward was to go out on our own: to start our own promotion and offer fans in Livingston and thereabouts – who didn’t have a great deal of opportunity to see wrestling in the area beforehand – the chance to be part of something exciting, original and new.

We all had the passion and urge to wrestle. We believed we could offer and do something better and from there Reckless Intent was formed.

Was is a difficult process to set up a wrestling company and was there a point where it looked like it wouldn’t happen?

Yes and no. Anyone can jump on the Internet and start a company in a matter of minutes. I wanted to make sure everything we done were 100% legitimate and that took some time.

Reckless Intent became an official Limited company in August 2012, but it wasn’t until February 2013 that we opened our doors. We opened the RI Unit, and this was project that I personally invested a lot of time and money in, to give people the best opportunity to get involved with wrestling.

It nearly all fell through. At the time of formation, it was myself and another friend who set up the company. Unfortunately, he is no longer involved – he dropped out of the company early on. After he dropped out, I was unsure if I would be able to carry on myself, but I was determined to make this work.

I went to the West Lothian Business Gateway and the Princes Trust for support and funding. It was a lengthy process, and I put a lot of time and effort in to making sure what I presented to the Princes Trust would ensure that Reckless Intent would happen – and it worked!

Here we are now in 2014 and making good progress and future is looking good for Reckless Intent. The last 6 months have been amazing for us. We have been able to meet so many great people within the Scottish wrestling scene and start to get our name out there.

Your shows primarily come from the RI Unit in Livingston, are there future plans to expand to bigger venues?

Yes, it is our long term plan. The RI Unit is a great facility, and on show days when it is packed – the atmosphere is incredible, we’re so lucky to have such passionate and loyal fans.

We are always trying new things to make the Reckless Intent show experience even better. Just now, the unit can hold 80/90 people seated. We plan to make upgrades to our seating to push that up to 100 people seated.

We have some outside shows coming up this year at local gala days and fun-days. We’re the headline attraction at one of West Lothian’s biggest gala days in Blackburn, held on June 14th. We’re also making our second appearance at the fantastic annual Party in the Park in Bathgate on September 7th.

What do you think Reckless Intent offers that other companies don’t?

Locally, we are the only company that offer they quality of training, and a dedicated facility for people to come and get involved in wrestling.

We’ve been contacted by some local fans who openly stated they were bored with lack of choice of live wrestling in West Lothian. We thought we could capitalise on these statements, and offer something that was a little less insulting to your intelligence – and a lot more real. Less of the ‘happy-clappy’ rubbish – but still able to engage with audiences of all ages.

People said their experience at other shows had become very impersonal. At Reckless Intent, we wanted to offer something a little more real and accessible – and we seem to be doing the right things.

We have a great team spirit; everyone involved with Reckless Intent believes in the company.
We want to resurrect the respectable wrestling scene to West Lothian.

What do you have in store for us in the future?

Who knows what the future holds. I want us to continue to grow and continue to contribute something to Scottish wrestling – and the scene in Scotland is amazing right now, and I want us to be a part of it. It would be great to see a few of the RI guys popping up on shows around Scotland… that alone would be a great achievement for Reckless Intent.