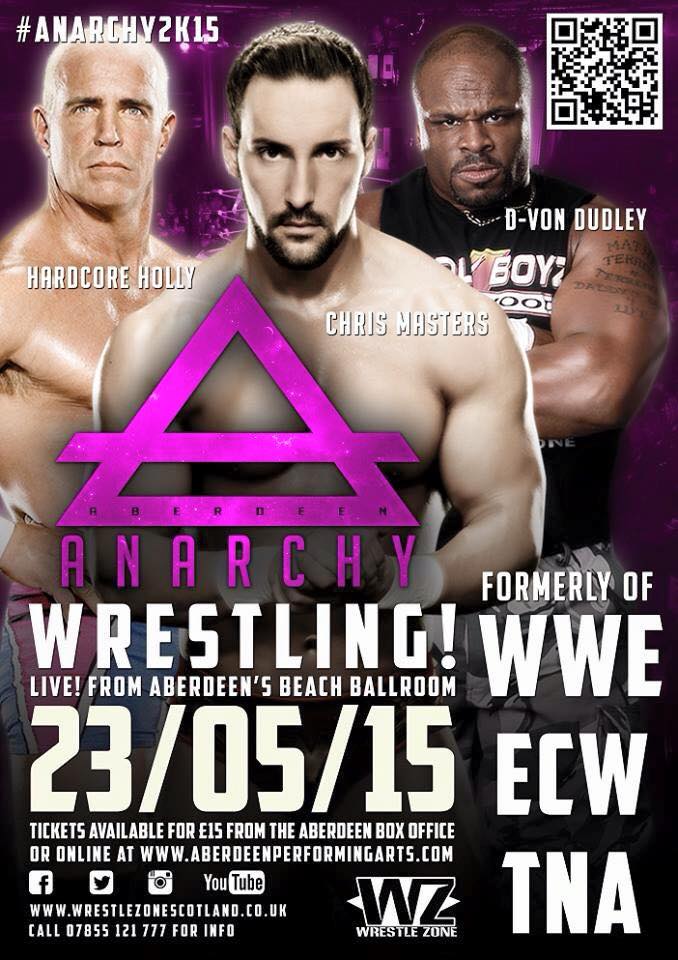 I wasn’t going to preview Aberdeen Anarchy for a couple reasons 1) my brain is running out of brain to brain and B) the match card really speaks for itself. Instead of a breakdown match by match I’m going to sell this event to you with a paragraph or two of what to expect when you attend this show. If that’s not enough, the match card will be at the bottom.

Quick background of Aberdeen Anarchy at the Beach Ballroom over at Over the Border:
http://www.acrossthepondwrestling.co.uk/2015/04/over-border-something-something.html

The big pull for this event is the guests, former WWF Hardcore and Tag Team Champion Hardcore Holly, former 200 million time Tag Team Champion and former TNA Television Champion D-Von Dudley and a former WWE star “The Masterpiece” Chris Masters. All of whom will be in tag team matches throughout the night. Masters will be teaming with teacher-turned-wrestler Mr P and the star of River City, Insane Fight Club and a burger van near you…Grado. Last year Grado had an amazing match with Scotty 2 Hotty, putting him up against Lord Alan, Malice and Jeeves will be a riotus affair with much hilarity.

There will be two grudge matches with Jack Jester looking to torture Bryan Tucker after Tucker eliminated Jester from the Regal Rumble, much to the surprise of…well…everyone, the other surprise was Tucker making the challenge to face Mad Jack. Damien cost Crusher Craib the Undisputed Championship when he kicked Crusher in the throat during Craib’s defense against Coffey at the same event and vows to bring WrestleZone to its knees.

A hark back to last years Aberdeen Anarchy when Aspen Faith defeated Len Ironside in a World of Sport Rules match, thanks to some shenanigans. They will collide again in what will be Len Ironside’s final wrestling match. He teams with another experienced veteran in Hardcore Holly. The King of Catch teams with former Undisputed Champion “Tenacious” Johnny Lions plus has the ever wily Sammii Jayne around, who has never seen a shortcut she’s hasn’t liked.

We can’t NOT talk about the promise delivered by D-Von Dudley, someone is going through a table on May 23rd, will it be one of the hairy bikers or your Mother’s favourite wrestler?

There will also be a triple threat match and, I promise you, you will not want to miss it. Bingo Ballance has opened the show the last two years and has wowed crowds with his aerial displays. “The Zenith of Zero Gravity” raises the bar every year at the Beach Ballroom and this year he faces a familiar face in current Tag Team Champion Shawn Johnson and a debuting Kenny Williams. Now I don’t have to tell you how amazing Kenny Williams is, but he might need his hoverboard to catch up with Ballance.

The main event will see WrestleZone Undisputed Champion Joe Coffey facing the 2015 Regal Rumble winner Scotty Swift. Scotty Swift is a huge fan favourite in WrestleZone and will likely have the WrestleZone faithful in his corner over the Iron Man of professional wrestling.

Okay so I took up a bit more than one or two paragraphs but the overall summary is, for an event that has sold out to over 1000 people in the last two years, if you haven’t got a ticket yet then you are going to miss out.

TICKETS ARE SOLD OUT!

Keep up to date at https://www.facebook.com/wrestlezonescotland for more news and videos prior to the event. Plus details of the numerous Meet and Greets during the week and on the day of Aberdeen Anarchy. 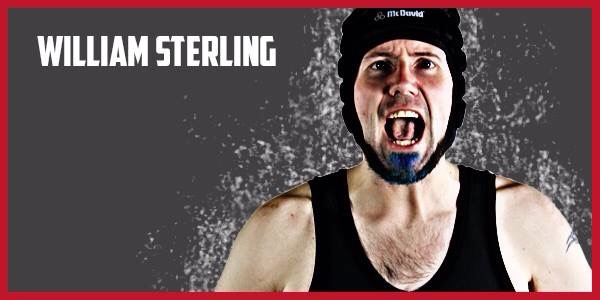